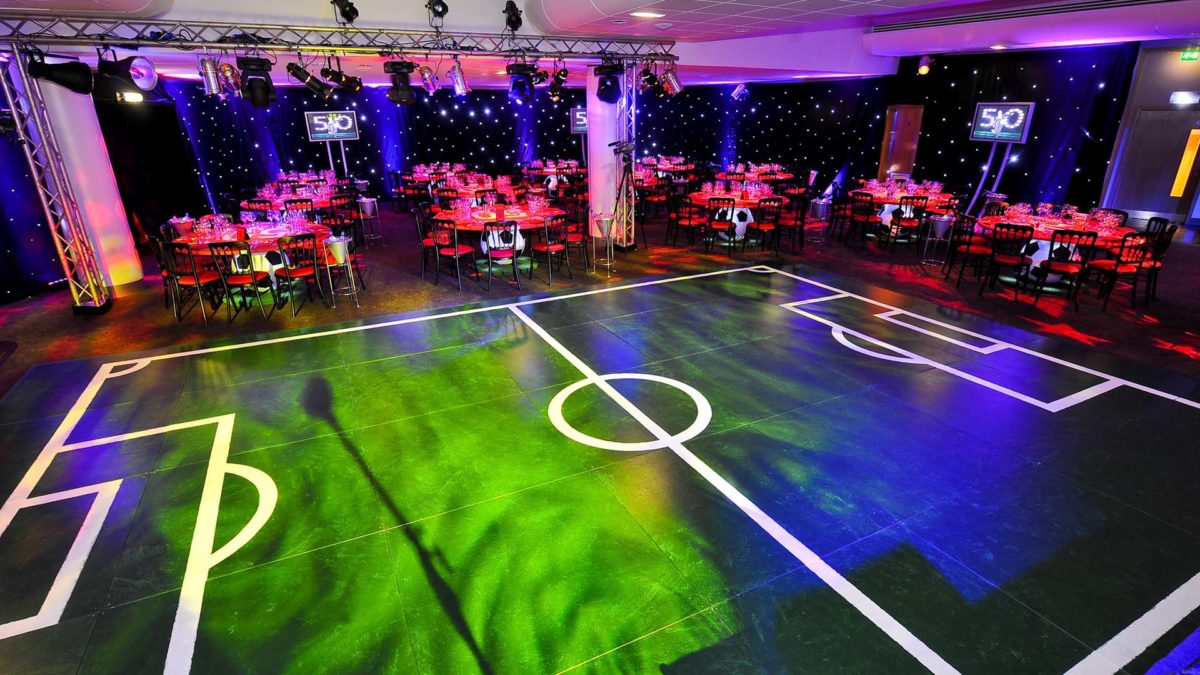 Whether you are heading to Wembley on 18 May or watching on TV, the Emirates FA Cup final is always a good excuse for a party. This year Manchester City and Watford will battle it out to bring home the iconic silverware. To get you in the mood, here are our favourite five ideas for a football inspired party.

1. Play with your hero

For true fans, if you can’t see your team win the FA Cup the next best thing is playing on a pitch side-by-side with your sporting heroes. During May and June many Premiership stadiums offers access to their pitches for people looking for an extra special birthday or corporate football inspired party. Play with a Legend. It offers three-hour party packages that include playing time and socialising with the footballing icon after the match. The birthday party package includes full kit hire, a qualified referee, and a footballing legend to play in your game of 7 or 11 a-side. They will also join you for post-match drinks in the bar to share stories from their career. Footballers available for hire include Ian Rush, Emile Heskey and Teddy Sheringham.

For the little football lovers in your life there are lots of indoor and outdoor pitches you can hire by the hour and set up your own mini-tournament. Some sessions are run by professional coaches and can include a wide variety of football inspired party games. Think keepie-up competitions and shoot-outs. For youngsters, a winner’s trophy is a nice touch to have, and medals for every competitor to take away as party favours. After all that activity, the young sportsmen and women and their parents will no doubt have worked-up an appetite. Find a pitch that offers an adjacent party room for hire. Decorate it with a football pitch dancefloor. Tables suspended on giant floral footballs. Linens in the colours of your favourite teams. A cascade of flowers blooming for football boots as creative table displays. Ideas are endless. 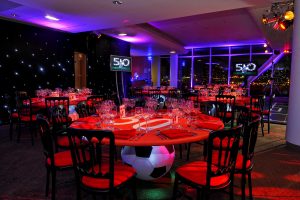 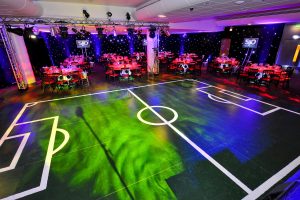 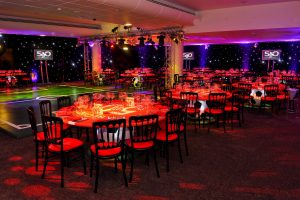 Third on our list of five ideas for a football inspired party, set up your own championship experience. Use technology such as X Box FIFA 19 for a football inspired game party. Unlike individual video game play, a party experience heightens the drama as players compete against each other in the same space. You can choose whatever the prize will be – even having knock-out rounds to take home your own party silverware. The best bit is that players can choose their own team, so no matter who you support there is a chance of seeing your colours in the final. 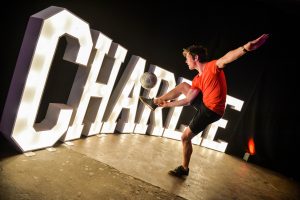 Nothing beats the drama of a final penalty shoot-out. And you can recreate the excitement by hiring an inflatable penalty shoot-out for your football inspired party. There are inflatable goals with either Velcro target areas or a series of holes to shoot through with a backdrop to collect the balls. They work well for outdoor parties or in a large indoor space and appeal to both young and old footie fans alike. Simple but fun for a smaller venue….add a Sabbuteo football table and watch grown men battle it out on the pitch! Let the tournament begin! 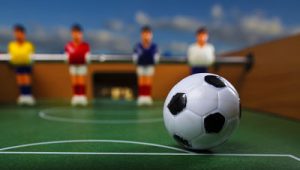 5. Hear from the best

Last on our collection of five ideas for a football inspired party is for a larger celebration. If you’re planning a more formal football inspired party such as a sportsman’s dinner, as well as football themed décor and entertainment, nothing beats the authenticity of hearing from one of the sport’s well-known greats. Combine with a dinner of match day foods – posh pie and peas, bottled beers chilled to arctic temperatures, piping hot cones of fish and chips and maybe a decadent Mars Bar (the staple of the terraces) inspired dessert. Footballing after dinner speakers for hire include Andy Cole, Ron Atkinson, Michael Owen, Kevin Keegan, John Barnes and Bryan Robson.